I made these jam drops way last year but never decided to post it because it was a fail lol. I pretty much went overboard with filling the jam in the dents I made. Or maybe I didn't dent it enough and flattened the dough balls out properly. At the end it was eaten anyway. It was pretty good. It wasn't crunchy but really soft to the bite.

Jam drops were always my childhood favourites. I used to get Jam Tarts which were close as jam drops in Woolworths. They only carry these in the black and white brand but hey it tasted as good and the price was pretty cheap. 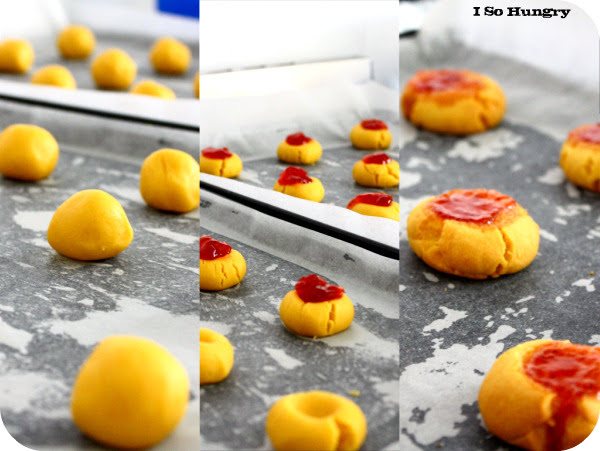 Ha! I went overboard with the jam!

I got the "Jam Drop" recipe from Best Recipes Australia. The majority of the comments sounded like it was a pretty good recipe and that's why I chose this one. I didn't have cinnamon available in the pantry so I opted it out. Still tasted good. 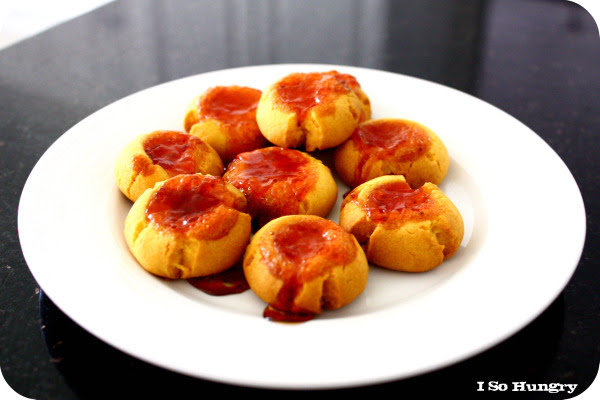 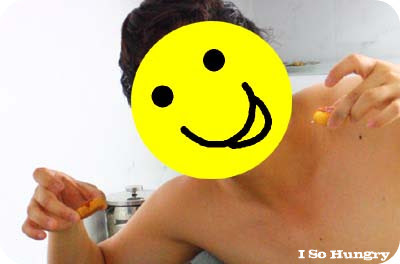 Someone was satisfied lol

--- On a different note I have been fixing up the website again since some of my readers said that my previous layout wasn't fitting into the screen. I forget that everyone has different computer monitors. I now changed it back to the orignal fluid width so it will fit in everyone's screens. So I hope it fits.